Adding Fibers to the Nautilus Aerokernel

I started this project in CS446, Kernel and Other Low-level Software Development, which is taught by Professor Peter Dinda. The project started with the goal of adding basic fiber (lightweight thread) features to the Nautilus Aerokernel. I continued work on the project during my summer research position in Northwestern's Prescience Lab. The lab is run by Professor Dinda, and it focuses on experimental computer systems research.

In addition to basic fiber functionality, I also added XSAVE/XRSTOR capabilities to the kernel. I did this by modifying the kernel's floating-point unit initialization code. I made other additional bug fixes and small changes to the kernel, but the majority of the work done during this project focused on fiber development. Click the title of this project or click here to see the pull request that includes my project's code.

Click the title of this project to learn more! 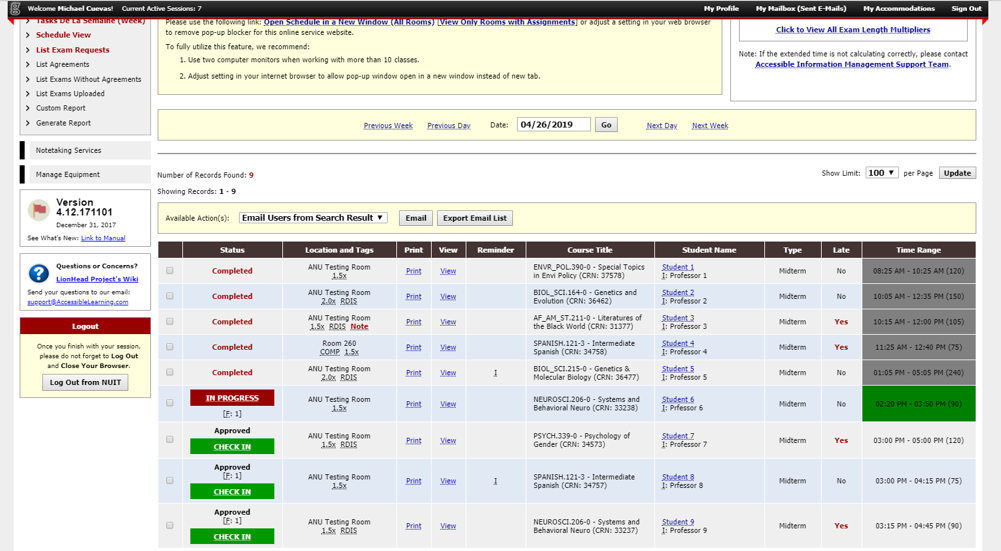 I work at AccessibleNU, which is the Office for Students with Disabilities at Northwestern. We proctor tests for students when their professors aren't able to proctor the tests themselves. We manage our office's data with the Accessible Information Management System (AIM), and we utilize their online test proctoring tool when we administer tests. The office found that keeping track of test end times is difficult, so I decided to create a Chrome Extension that simplifies test tracking and makes other AIM features easier to utilize.

This extension has helped simplify the daily tasks of the office, and it has made test tracking much easier. I plan to reach out to other offices that use AIM so they can reap the benefits of this extension as well.